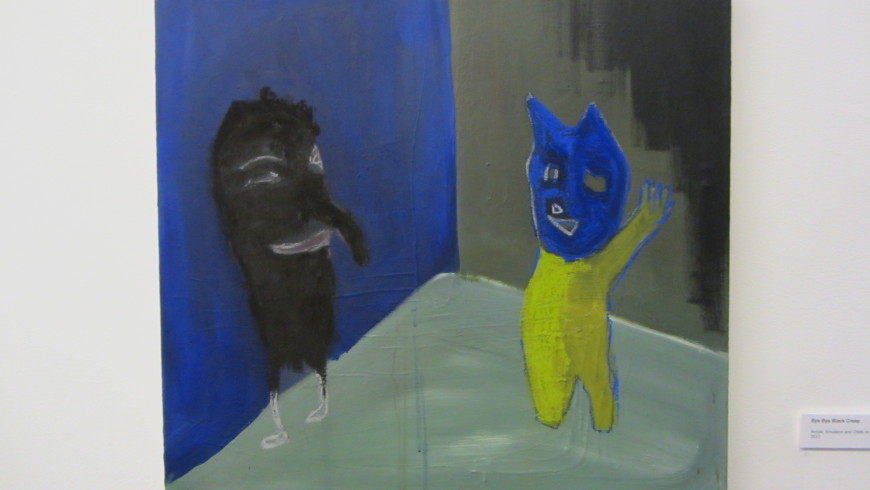 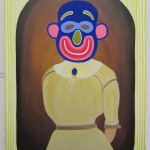 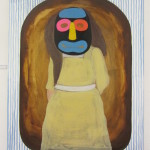 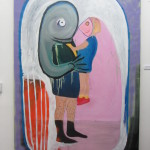 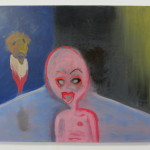 George Hale is a Painter. He graduated from The University of Brighton in 2010 (Fine Art Painting). He now lives and works in Wigan, Greater Manchester.

He has had three solo shows; two at Cross Street Arts Gallery (formerly OK Studios), and one at The Vicarage, Swinley.

My paintings have developed in style over the years being initially inspired by a psychological phenomenon called pareidolia, the illusion of perceiving recognizable shapes in obscure stimulus. I play with this phenomenon by making random brush marks at the beginning of the painting and then finding images that protrude out from these marks.

My imagination performs a vital role as the painting develops, adding characters or items to enhance a scene. I’ve moved on to use more than just pareidolia, allowing my imagination more free reign, I’ve been setting scenes using different background i.e. rooms, pavements.

I’m tapping into my psyche to find out what’s hidden within or using everyday incidents to inspire the story. All my works range from humorous or sinister scene’s to ambiguous playful images.