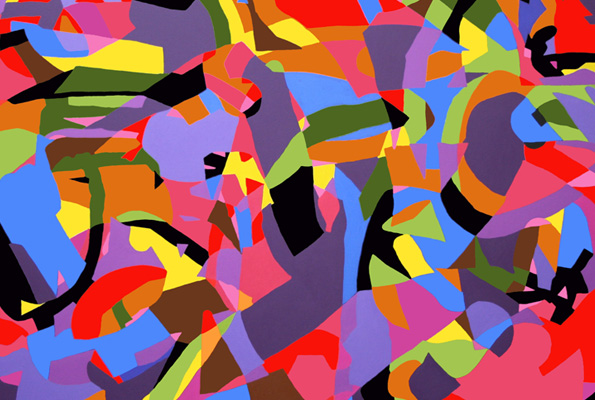 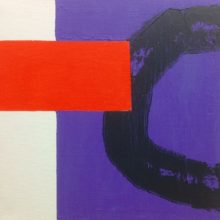 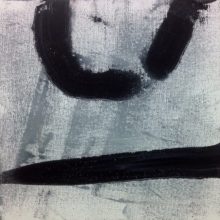 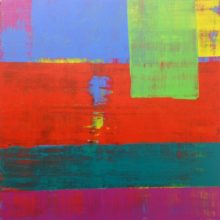 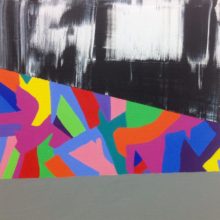 Giles Deleuze wrote that to think is to create, to bring into being that which does not yet exist.(Difference and Repetition. 1968) Non-mimetic painting requires thinking about how to make an image which has no pre-existing model. This work presents the results of this process.

In perception, there is the construction of figure on a ground. In this work, no element is designed specifically as either object figure or ground. There are no fixed figure ground relationships any hierarchical organisation depends on the observations of the viewer.

The dense vivid colour creates an illusion of depth, interrupted and detached by apparently chaotic lines and flows. Simplification allows these elements to be viewed as they are unrelated to any other reality other than that of their own.

The impulse to indulge the self expressive spontaneous gesture is regulated by the orderly rendering of a predetermined intentional construction.